We hope you enjoy these wonderful historic photos. Just click on a photo to see an enlarged image. 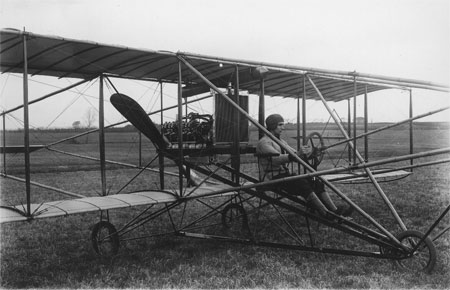 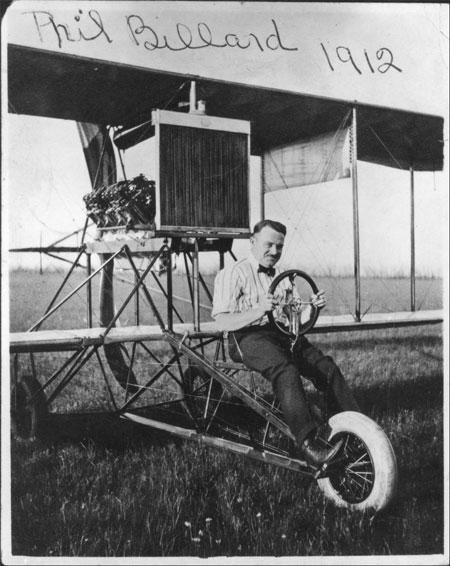 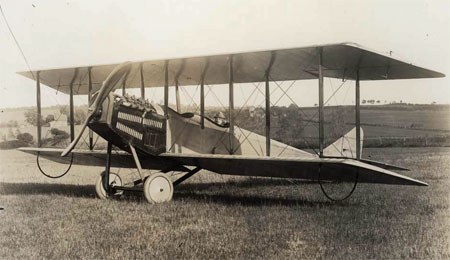 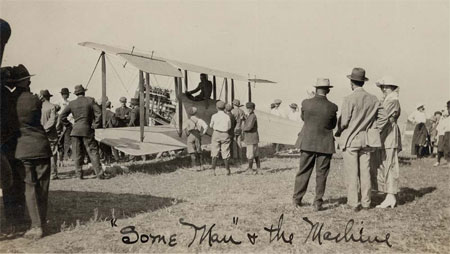 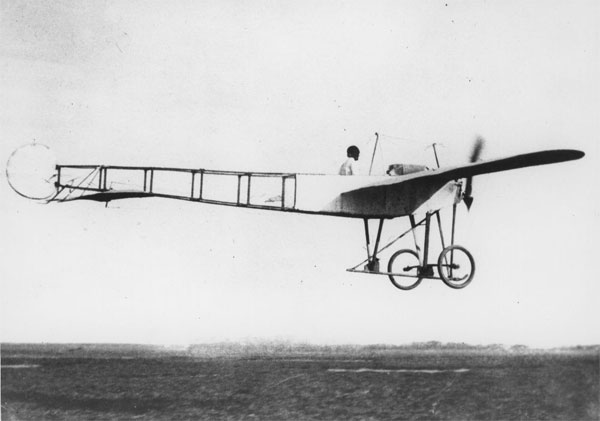 "Silver Wings", a Cessna monoplane in flight. Circa 1911. 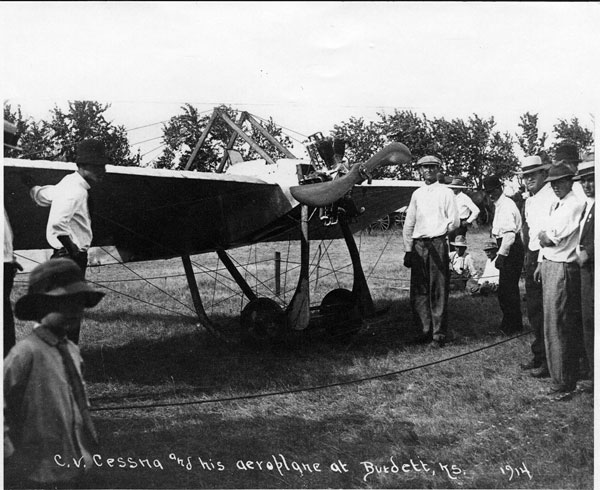 A view of aviation pioneer Clyde Vernon Cessna (1879-1954), founder of Cessna Aircraft Company of Wichita, Kansas, and spectators with his aeroplane in Burdett, Kansas. Circa 1914. 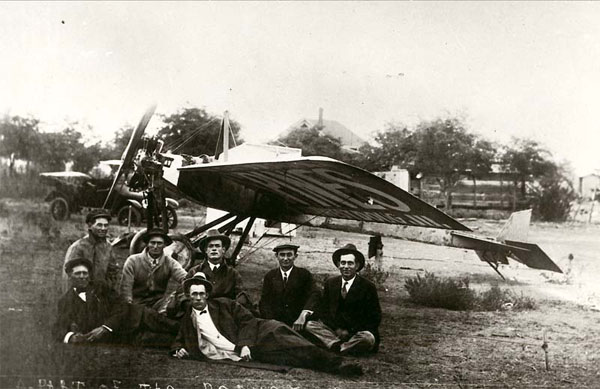 Clyde Cessna and his 1916 airplane - the first built in Wichita, Kansas. Photo taken in Beaver, Oklahoma with part of the Beaver Boosters. Clyde is second from right, advertising under wing reads Spines Clothing Store. Circa 1916 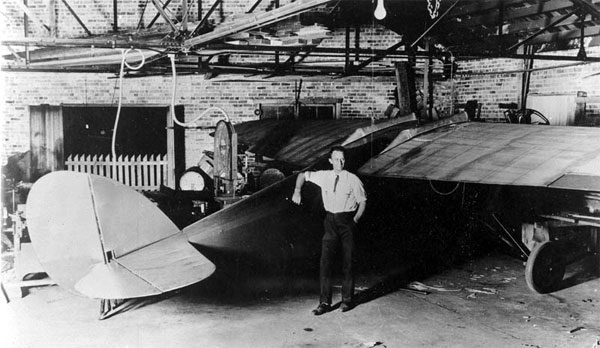 Clyde Cessna standing in front of his Comet (the second of his aircraft with that name). It is his first full-cantilever wing airplane. [Thanks to Johan Visschedijk] 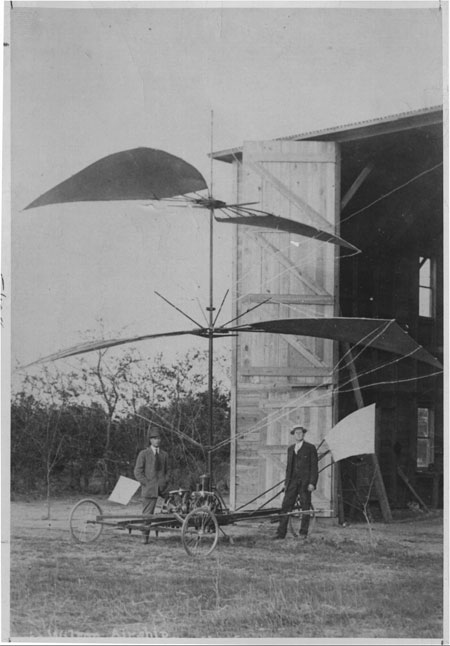 This photograph shows the Goodland flying machine, a forerunner of the helicopter, designed and patented by William Purvis and Charles Wilson of Goodland, Kansas. Purvis and Wilson built the ship about 1910. The engine was apparently too small and the machine never flew. Circa 1910. 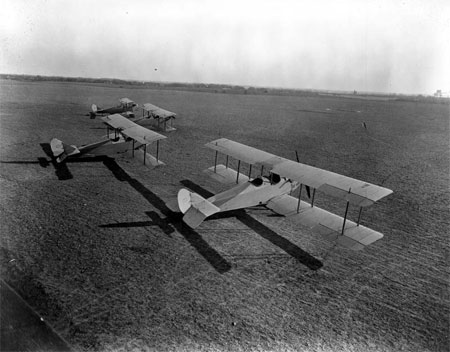 A view of four new Laird Swallow airplanes parked in a field at 29th and Hillside Streets in Wichita, Kansas. Designed by aviation pioneer Emil Matthew "Matty" Laird (1886-1982), the first Swallow was built for the commercial market in 1920 by Laird Swallow Manufacturing Company of Wichita. (circa 1920-1925) 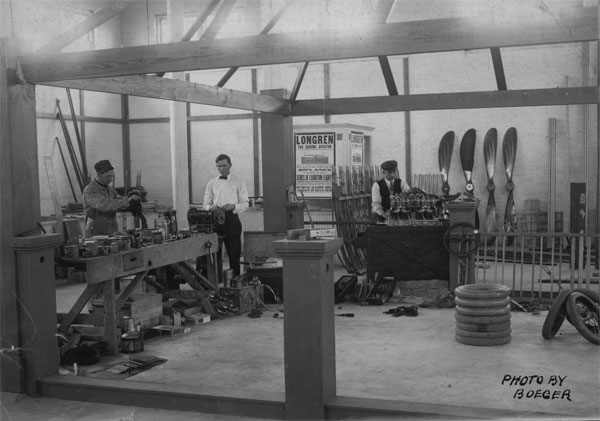 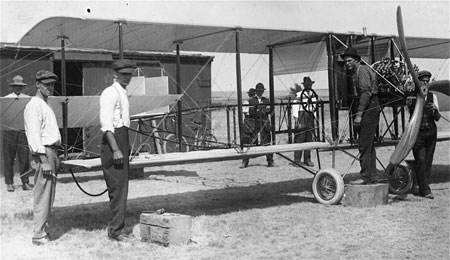 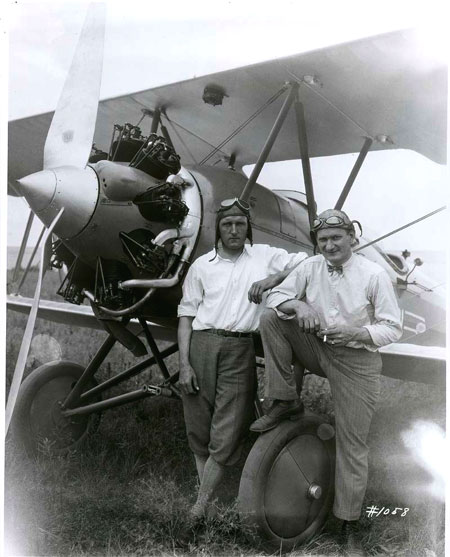 Walter H. Beech (left) pilot and Brice H. Goldsborough of the Pioneer Instrument Corp. and navigator, standing by a Travel Air built by Beech. They demonstrated the practicability of "blind flight" and won the 1926 Ford Reliability Tour. At the time of the photo, 1926, Walter Beech was secretary of the Travel Aircraft Manufacturing Company, formed in December 1924 by Beech, Clyde Cessna (vice-president), Lloyd Stearman (chief engineer), Bill Snook (factory manager) and Walter Innes (president and treasurer). So the Travel Air was built by Travel Aircraft, of which Beech became president after Cessna and Stearman left in April and May 1927 respectively. The Beech Aircraft Corporation was formed five years later, April 1932. [Thanks to Johan Visschedijk] 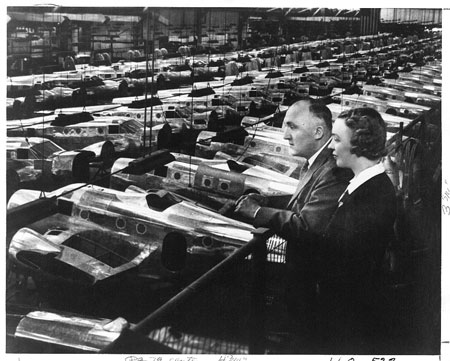 We invite you to submit your old time article, plan, or photo. Please keep in mind that only out-of-copyright or non-copyrighted relevant information will be posted.

Enjoy and study thousands of aircraft photos and historic details assembled from the collections of many enthusiasts at the website created by Johan Visschedijk of the Netherlands and Ron Dupas of Oregon, USA. This web site is a great source for documentation as well as contacts all over the world.  http://www.1000aircraftphotos.com/

go back: 1920s and 1930s articles about building model airplanes